When did the Crawfish Boil Begin?

You are here:
Crawfish in Houston 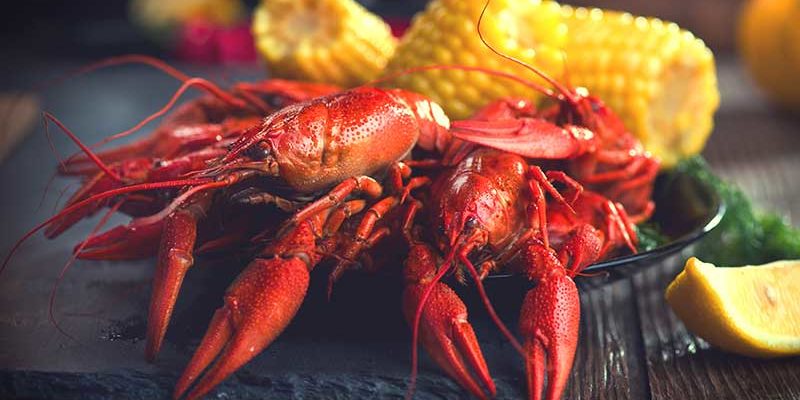 A Brief History of the Crawfish Boil

Read the article published in Airways News by Lisa Townsend below to learn who was first to eat crawfish and how they did it. This article provides a fabulous and to the point history on crawfish. Find it here: https://www.airwaysfreight.com/2018/05/21/a-brief-history-of-the-crawfish-boil/

What looks, smells, and tastes like seafood, but does not come from the sea? It is that little red “lobster like” freshwater crustacean that has become a Louisiana delicacy and has been a staple for the annual Mudbug Bash held at Airways Freight for the past 30 years!

Also known as mudbugs, Native Americans were first eating the shellfish long before the Europeans arrived. Local tribes would put reeds baited with deer meat into creeks and ponds to catch the crawfish.

After the Great Expulsion in 1755, Acadians arrived from the Canadian Maritime provinces in Louisiana, and settled along the bayous where crawfish were abundant. According to Cajun legend, after the Acadian (now called Cajuns) were exiled in the 1700’s from Nova Scotia, the lobsters yearned for the Cajuns so much, that they set off across the country to find them. Their journey was so treacherous that the lobsters began to shrink in size, and by the time they found the Cajuns in Louisiana, they had shrunk to the size they are now. Upon their arrival, festivals were held in their honor and what was once known as the smaller lobster, was now called crawfish.

In July of 1983, the Louisiana Governor approved a law appointing the crawfish as the state crustacean, thus becoming the first state to adopt an official crustacean.

From having the stigma as a “poor man’s food” the crawfish has increasingly become popular among the local Louisiana people, and in 1960 after Breaux Bridge was named “the Crawfish Capitol of the world”, the first Breaux Bridge Crawfish Festival was held. Restaurants began incorporating the crustacean into their menu and creating delectable dishes such as Crawfish Étouffée! .

Thirty years ago, Dale Caudle and the employees of Airways Freight started enjoying those delicious little crustaceans with an annual Mudbug Bash. The crawfish were brought in courtesy of our Louisiana agent, Scott Beeman who delivered them personally from Monroe, Louisiana.

To this day Scott has been supplying Airways Freight with nearly 2,000 to 3,000 pounds of crawfish each year and cooking them up for all of their employees, agents, family, and friends to enjoy. And what a better way to enjoy crawfish than with the tasty customary side dishes like potatoes, mushrooms, and corn on the cob all deliciously seasoned with that spicy Cajun flavor.

So, whether you call them crawfish, mudbugs, crayfish, crawdads or yabbies’ we all feel a little bit of that Cajun joie de vivre when we peel the tail off of that divine little crustacean and pop it into our mouths!

The History of Crawfish in Houston
November 3, 2020
CRAWFISH DIRECTORY
Go to Top